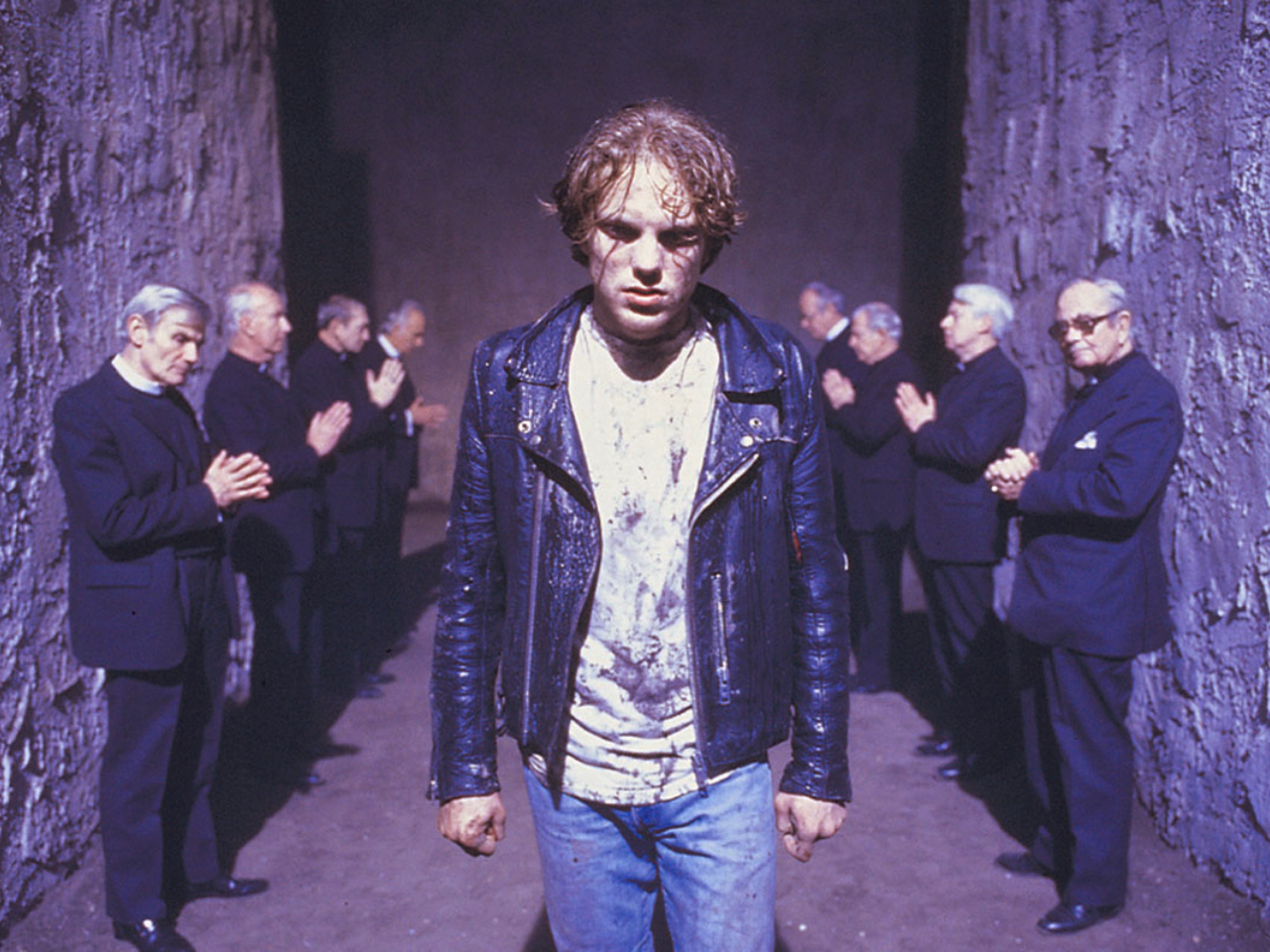 To celebrate the 450th anniversary of the playwright Christopher Marlowe’s birth, I organised a screening of Derek Jarman’s film adaptation of Edward II – inside St Nicholas’ Church, Deptford, where Marlowe lies buried in an unmarked grave. 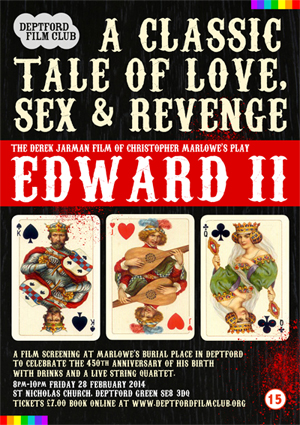 Based on Marlowe’s dramatisation of a true story. When King Edward II takes a male lover, Piers Gaveston, both his wife (Tilda Swinton) and palace officials are enraged – and plot to violently dethrone the king and dispatch Gaveston. Adapted by the radical British filmmaker Derek Jarman, the film contrasts the lavish 16th century text and setting with modern imagery of gay activists, riot police, yuppies and an unforgettable cameo from Annie Lennox.

Before the film, audience members were entertained with live music from violinist Daniel Merrill. Following the screening, Jody Graber (who played King Edward’s son) and K Collins (Jarman’s partner, and Lightborn the jailer) ended the evening with a short Q&A.

The event was part of national seasons Marlowe 450, and Jarman 2014, a year-long celebration of the life and work of artist, filmmaker & queer activist Derek Jarman (1942–1994).

ART MATTERS 2
In June-July 2022 I participated in a group show at Mile End Art Pavilion, as part of the Essential School of Painting end-of-year show.SUPERMARKET ART FAIR
In October 2021 I joined the team of volunteers at Stockholm's independent art fair. It was a wonderful way to get to know Sweden's art world. TRANSFORMING NARRATIVES
In 2021 I joined the Culture in Flux team to facilitate a 9-month programme of leadership training for cultural professionals in Bangladesh, Pakistan and Birmingham, UK. COMMUNICATING ACROSS CULTURES
In 2021 I joined a team of educators on the British Council's FutureLearn MOOC on intercultural communication. SYNAPSE FESTIVAL
In March 2021 I put together a programme of talks and events for Goldsmiths' festival of entrepreneurship. LEAF MONSTER
In 2020 I took an artist retreat at Preet Nagar, Punjab. I began collecting the enormous leaves that dropped from the trees around the house. On the final evening Leaf Monster was born. PERTH CENTRE FOR PHOTOGRAPHY
In 2019 I undertook a short consultancy to develop the website and social media practices of this superb Australian gallery. ADDIS SATIN
In 2018 I was working in Addis Ababa, a city that can look drab in reality but beautiful on screen. I put together this short video as an exercise in editing to music. SOUTH AFRICA: Adventures in Programming
In 2018, I travelled to Cape Town, Durban and Johannesburg to connect with the people making the SA film exhibition scene happen. This is what I learned.Read my article Mondo Pop: the Challenge of Popular World Cinema in Frames Cinema Journal